What is the definition of a heat wave and how do people die of it? 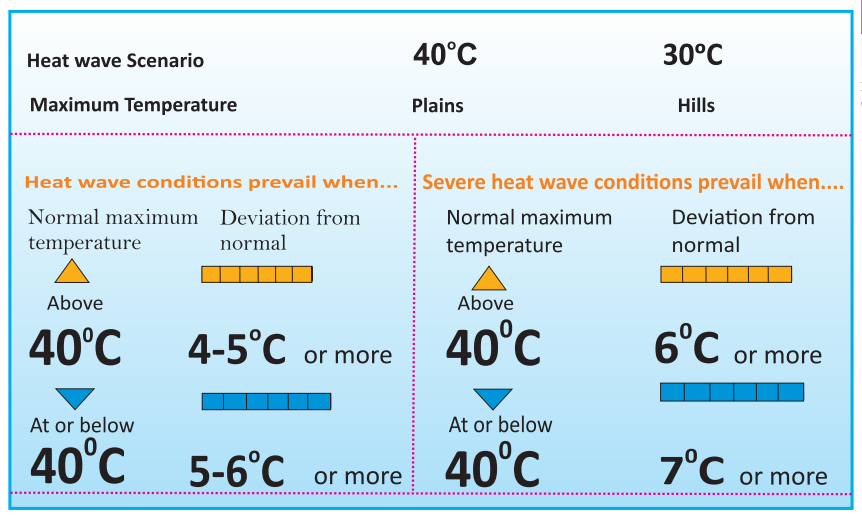 What is the definition of a heat wave and how do people die of it?

Unfortunately, this is nothing new; every year people die of the heat wave in the summers, and of the cold wave in the winters.

In the winters there are visible efforts to protect people from the cold wave with the government setting up shelters and NGOs pitching in as well, and whatever the shortcomings of these efforts, one can only imagine that the fatalities would be a lot higher if nothing were done.

However, the efforts to protect people from the heat wave aren’t as apparent and it made me wonder who decides when a heat wave is caused and how do people actually die of it?

How is heat wave defined in India?

The answer to the first question is clear — heat wave in India is defined by the Indian Meteorological Department, and this definition can be found in the website of the National Disaster Management Authority.

The Indian Meteorological Department (IMD) has given the following criteria for Heat Waves:

The second question: How do people actually die of the heat wave should be very easy to answer, but I didn’t find a very convincing answer to it.

While state officials report how many people died of heat in their states, it is not clear what their source of information is and how they categorize a death as a death due to a heat wave. One would imagine this is important if you had any hope of fighting such deaths.

However, from what I read — the two most probable causes of deaths due to heat waves are homelessness and laborers getting sunstroke in the heat.

Interestingly enough, Telangana and Andhra Pradesh which have seen the majority of these heat wave related deaths have rescheduled government services like the NREGS (Mahatma Gandhi National Rural Employment Guarantee Scheme) because the heat is causing sun stroke among the laborers working under the scheme. It is not clear how many people have died due to this but if the number is significant enough to reschedule the scheme then this should act as a lesson for the future as well as for other states as well and there ought to be some rules that stop people from working under such schemes when the temperature goes beyond a certain level.

Homelessness seems to be the other prominent cause of deaths and while there are no official reports that I could find of them this year, there are reports from previous years that mention Delhi Police statistics on unidentified bodies they find of homeless people and the most probable cause of their death does seem to be the heat.

The temperatures are changing permanently, and it is reported that the heat wave so far has claimed about 445 lives in Andhra Pradesh and Telangana which are the worst hit states. There is urgent need to take this issue seriously, and understand the causes, and potential actions that can be taken to save lives in the future.